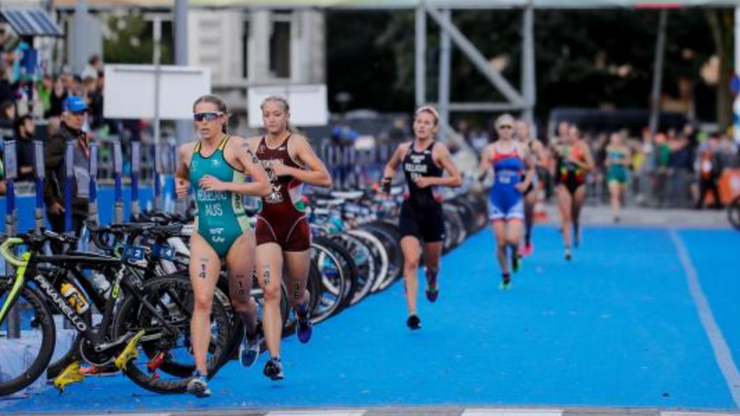 Before the world turns the attention onto the elite men’s and women’s Grand Final races, the juniors will contest for World Championship status at the 2018 ITU World Triathlon Grand Final Gold Coast.

On the junior men’s side, Oscar Coggins, who represents Hong Kong, is at the top of the start list and on the women’s side it’s Japan’s Nanami Nakayama who heads up the junior women’s race.

The junior fields will contest over a one lap 750-metre swim, four lap 20-kilometre bike and two lap 5-kilometre run sprint distance race course. The women will be first to line-up on Saturday, 15 September at 11.30am local time start time, followed by the men at 1.15pm local time.

Race coverage will be streamed via triathlonlive.tv/goldcoast and on the World Triathlon Facebook page, along with race updates on Twitter @triathlonlive.

Coggins finished in 24th place at the 2017 ITU World Triathlon Grand Final Rotterdam so he will be focussed on a world class performance on the Gold Coast.

The field is stacked and the title could be any mans for the taking with the likes of emerging talent from France, Hungary, Spain, New Zealand, Canada, USA and Australia well placed in the battle line-up.

The junior women’s side has all the young guns racing including Japan’s Nanami Nakayama, who leads the start list, with Canada’s Desirae Ridenour vying for the junior world title.

Ridenour enters the race with a solid season under her belt. The young Canadian claimed gold at the
2018 Osaka-Castle NTT ASTC Sprint Triathlon Asian Cup and seventh in the 2018 ITU World Triathlon Mixed Relay Series Edmonton.

Australia’s pocket rocket Romy Wolstencroft will have her sights fixed on a podium finish in front of a home crowd.